Awards will be presented at the Saturday (November 19) and Sunday (November 20) Winners Concert in Munson Chapel at Azusa Pacific University.

Voice Division IX — New York Concert — offers the winner a solo recital of the music of Liszt at the Liszt Institute in New York City on January 21, 2023. Although the recital will require 50 minutes of music, only 20 minutes is required for the November competition. The judges will take into consideration not only the November performance but also the coherence of the complete proposed concert.

Piano Division X — Budapest Concert — offers the winner a solo recital of the music of Liszt at the prestigious Liszt Ferenc Museum and Research Center in Budapest, Hungary on May 27, 2023. The recital will take place in the same hall where Liszt taught his students. Although the recital will require 50 minutes of music, only 30 minutes will be required for the November competition. The judges will take into consideration not only the November performance but also the coherence of the complete proposed program. The November performance should demonstrate that the contestant will have complete technical and musical mastery of the proposed program.

All participants receive a certificate of performance. Other awards include books, CDs, cash awards, concert opportunities, and a commercial CD recording opportunity granted by Hunnia Records. All awards are subject to change. 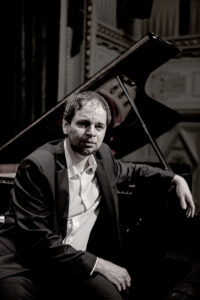 László Borbély is a senior lecturer at the Academy of Music. Among other national and international venues, he has performed in the Bartók National Concert Hall (Palace of Arts), the Hungarian Radio, and at the Liszt Academy in Hungary; at The Hermitage Theatre (St. Petersburg), Stadtschloss Weimar (Germany), and Sarasota Opera House (Florida). He has played under the baton of Zoltán Kocsis and Tamás Vásáry and with orchestras and ensembles, such as the National Philharmonic Orchestra, the Hungarian Radio Symphony Orchestra, the Intermodulation Ensemble, and the UMZE Ensemble. His album, Songs of Sorrow and Consolation – Liszt’s Late Works by Hunnia Records, received a Special Award at the CD Grand Prix contest of the Hungarian Liszt Society. A recognized educator, he has given masterclasses and lectures at the Haute école de musique of Geneva, the National Conservatory of St. Petersburg, the Seoul National University, and many more. www.borbelylaszlo.hu 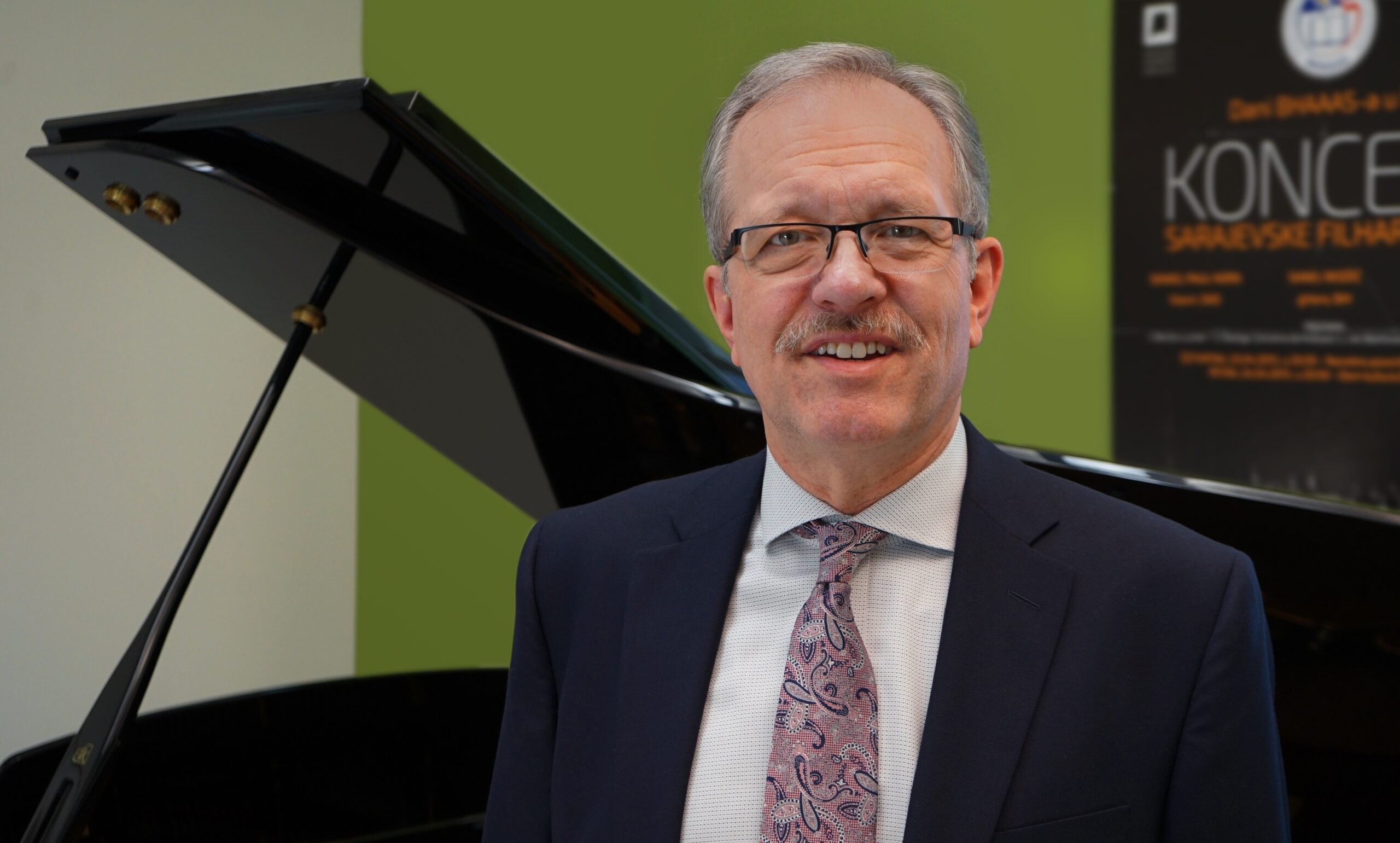 Pianist DANIEL PAUL HORN performs widely as a soloist and chamber musician.  He collaborates with members of the Chicago Symphony Orchestra, played in Beijing with the MasterWorks Ensemble, and has performed with the Ying Quartet.  He works with noted singers, and has premiered compositions of Jacob Bancks, Delvyn Case, Richard Danielpour, and Max Raimi.   He recorded the critically praised disc “Wanderings” on a Graf fortepiano, an all-Schumann recital, and discs with flutist Jennie Oh Brown, cellist Donald Moline, and soprano Carolyn Hart.

Horn studied at Peabody and earned a doctorate at Juilliard.  His teachers include Walter Hautzig, Martin Canin, and Menahem Pressler.  Currently Professor of Piano at the Wheaton College Conservatory of Music, he has served as a faculty artist at many summer festivals, and is treasurer of the American Liszt Society. 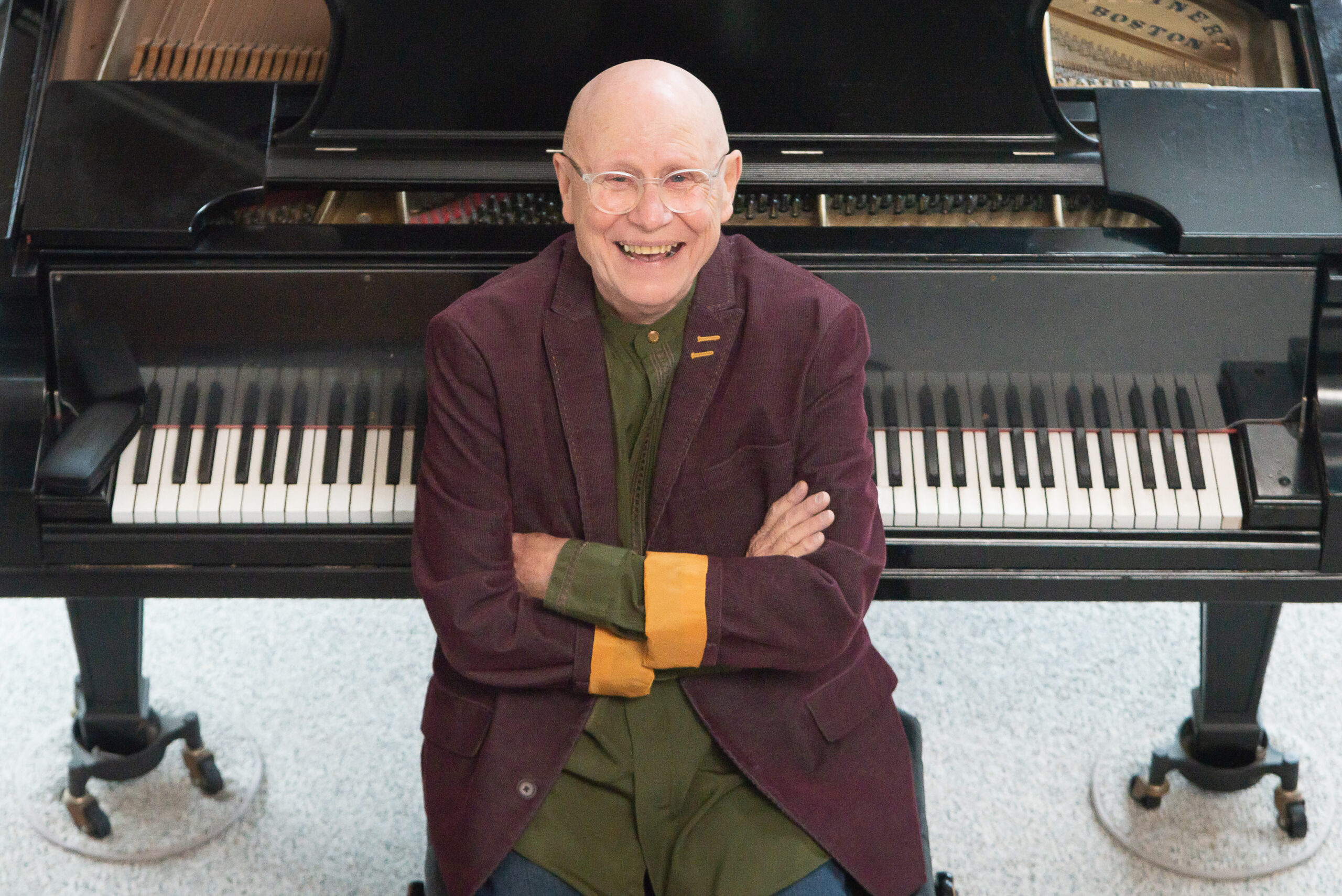 Ksenia Nosikova, The University of Iowa 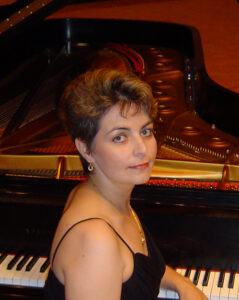 A graduate of Moscow Conservatory and University of Colorado, Dr. Ksenia Nosikova is a Professor and Co-Chair of Piano Department at the University of Iowa. Her students won prizes at international competitions, gained collegiate employment, and were accepted to prominent music programs, such as Curtis, Juilliard, Eastman, NEC, and Peabody. She presented over 250 master classes and is an artist faculty member of Semper International Music Festival (Italy) and Wiener MusikSeminar International Master Classes (Austria). Ksenia Nosikova is a Steinway Artist and 2021 Steinway Teacher Hall of Fame inductee. 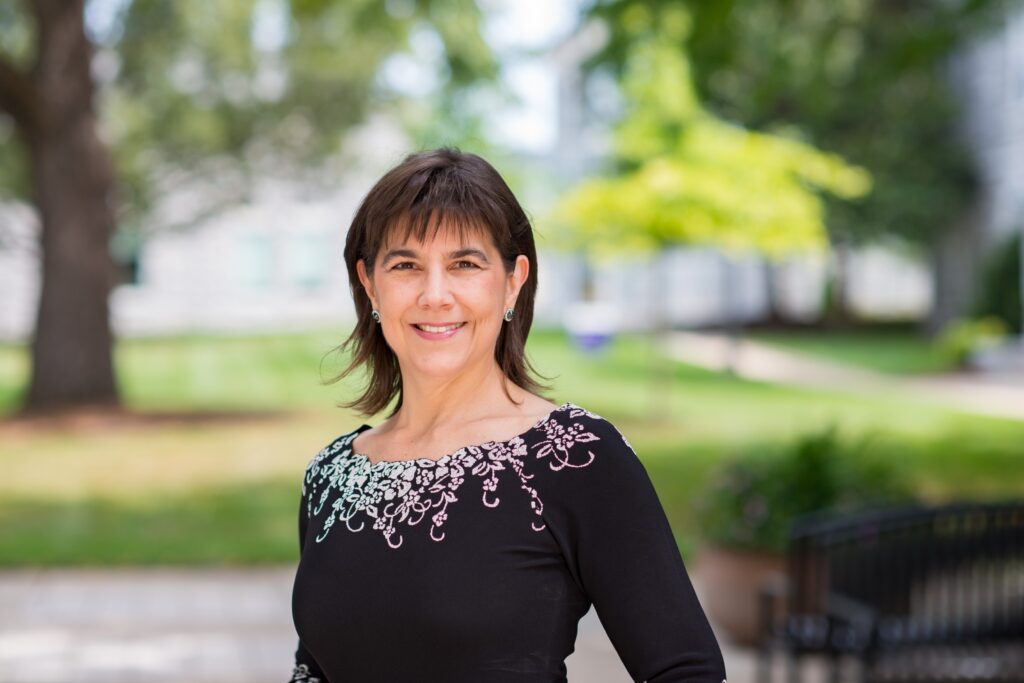 Lori Piitz is professor of piano and coordinator of the piano area at James Madison University in Virginia.   She enjoys musical collaborations of all kinds, including chamber music and piano four-hands, and has performed in music festivals in the US, Canada and Germany, including the Schleswig-Holstein festival, the Music & Beyond and Festival of the Sound in Canada, and the Staunton Music Festival in Virginia, where she is also on the board of directors.  A lifetime member of the American Liszt Society, she has performed at the annual festivals of that organization and is a founding member of the James Madison University/Shenandoah Valley Chapter.  A particular interest in pianist health led to membership in PAMA and studies in injury-preventive piano technique with Dr. Barbara Lister-Sink. 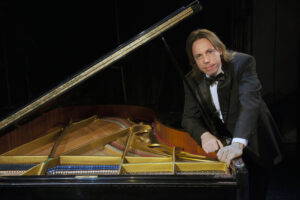 Hungarian pianist Péter Tóth has performed in over twenty countries all over the globe, including Japan, South Korea, Russia, France, Germany, and the United States. Dr. Tóth has won top prizes at numerous piano competitions, such as the American Paderewski Piano Competition (2013), the Los Angeles International Liszt Competition for Piano and Voice (2010), and the Franz Liszt International Piano Competitions in Budapest (2001) and Weimar (2000). In 2006, his first CD recording Liszt: Late Piano Works won the grand prize of the Hungarian Liszt Society. In 2017, he joined the faculty at Fairleigh Dickinson University. He also taught piano at the Mason Gross School of the Arts Extension Division at Rutgers University in New Brunswick, New Jersey, between 2016-2019. petertothpianist.com 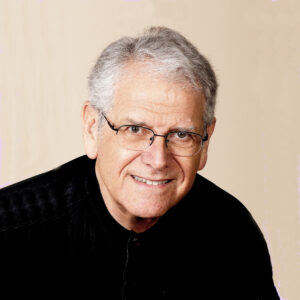 Pianist Tamás Ungár has earned worldwide acclaim for his powerful performances and innovative programming. A regular guest artist at numerous music centers in the United States, he also performs and teaches frequently all over the globe. In addition to his performing commitments, Tamás Ungár has become one of United States’ most respected teachers of the piano. As Founder – Executive Director of PianoTexas International Festival and member of the TCU Piano Faculty, he attracts students from across America and as far afield as Australia, Bolivia, Brazil, Canada, China, England, Germany, Greece, India, Israel, Kazakhstan, Korea, Hungary, Japan, Malaya, Mexico, Poland, Republic of Georgia, Singapore, Russia, Taiwan, and Thailand. His students have received prizes in national and international competitions, have performed in prestigious music centers including Alice Tully Hall and Carnegie Recital Hall, New York City and have made numerous recordings. During the summers Dr. Ungár has been invited as guest teacher to the Semper International Music Festival in Völs am Schlern, Italy, the Banff Piano Master Classes, Canada, Hamamatsu Master Classes in Japan, the Tel-Hai Master Classes in Israel, International Master Classes in Katowice and the Chopin Festival in Duszniki, Poland. Since 1989 Tamás Ungár has been a regular guest teacher at the most important music centers in China and has taught in Japan, Korea, Singapore and Indonesia. From 2006 to 2014 he was appointed as Artistic Director of the Beijing International Piano Festival and continues to be Artistic Advisor for the Zhou Guangren Summer Piano Institute. In 2010 Dr. Ungár received the prestigious Presidential Scholar Program’s Teacher Recognition Award and in 2013 the Music Teachers National Association (USA) named him “The Teacher of the Year”. The Senate of Texas has proclaimed Tamás Ungár as a “Distinguished Citizen” in recognition for his lifetime work and achievements in the
fine arts. Tamás Ungár records exclusively for CALA Records.

Nadejda Vlaeva has performed throughout North America, Europe, and Asia, including at Carnegie Hall, Lincoln Center, the Oriental Arts Center, and The Concertgebouw. In 2022 she was named Musician of the Year in her native Bulgaria.

A Hyperion Recording Artist, she was the first to record the complete Bach/Saint-Saëns Transcriptions [BBC Music Magazine Instrumental CD of the Month]. Her Piano Music of Liszt CD won the Grand Prix “Liszt” du Disque, and her CD “Piano Music of Sergei Bortkiewicz” was a Musicweb Recording of the Year.  Her newest CD of works by Pancho Vladigerov was one of Gramophone Magazine’s best CDs of the year.

Vlaeva is the dedicatee of two works by Lowell Liebermann, and she herself has composed several original works and arrangements published by Contemporary Composers Circle. 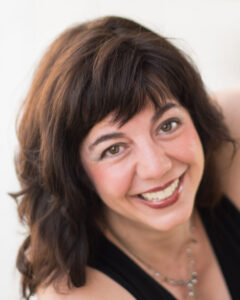 Pianist Heidi Louise Williams has concertized across North America and internationally and has won numerous prizes.  Praised by New York critic Harris Goldsmith for her ‘dazzling performances’, her playing has been described as ‘veritably operatic’, ‘provocative and stimulating’ (Fanfare), possessing ‘muscularity and poetic power’ (American Record Guide).  She has recorded solo, concerto and chamber music on Naxos, Albany, Centaur and Neos labels. Currently Professor of piano at Florida State University, Williams holds three degrees from Peabody Conservatory, having studied with Ann Schein and chamber music with Earl Carlyss, Samuel Sanders, Stephen Kates, and Robert McDonald.  She is an invited performer at the 2023 International Liszt Society Conference to be held in Palm Beach Florida. For more information, visit www.heidilouisewilliams.com. 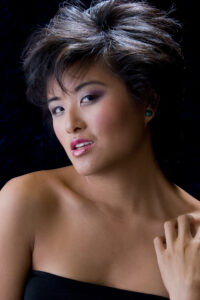 Judy Tran is a Los Angeles-based singer, pianist, and composer.  Judy studied at Los Angeles County High School for the Arts (LACHSA) and went on to study at Oberlin Conservatory of Music and UCLA Herb Alpert School of Music, and der Universität für Musik und Darstellende Kunst in Vienna.

Judy performed as featured soloist with the Vienna International Orchestra, and the Bratislava Chamber Orchestra.   Venues she has performed in include Los Angeles’s Disney Hall and Dorothy Chandler Pavilion; Vienna’s Palais Auersperg, Stephansdom Cathedral, Grand Casino Baden, and Schönbrunn Schlosstheater; Prague’s Synagogue and Music Academy; St. Petersburg’s Pushkin Palace and the historical apartment of Rimsky-Korsakov; Bratislava’s Archbishop’s Palace, the Nixon Presidential Library, and the Embassy of Hungary in Washington D.C.  Judy was the first place winner of the New York Concert Division of the 2016 Los Angeles International Liszt Competition, and now serves on the board of directors of the American Liszt Society Southern California Chapter.   Judy is the founder of Piano Purpose Peace, a campaign to build musical bridges across cultures to create peace. 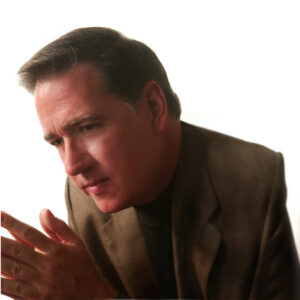 William Wellborn is the Founding President of the San Francisco Bay Area chapter of the American Liszt Society, and an Emeritus member of the ALS national board. A recipient of the 2017 CAPMT Lifetime Achievement Award, he was an MTNA Fellow in 2019.  Among twenty different European musical tours, Wellborn has lead five exploring the life and music of Liszt, and in 2004 he had the honor of playing an all-Liszt program on Liszt’s piano at Hofgärtnerei Museum in Weimar. A faculty member of the San Francisco Conservatory of Music since 1989, he returns this summer to teach at the Idyllwild Arts Academy Summer Workshop for Adults (www.idyllwildarts.org), and the Krakow Piano Summer in Krakow, Poland. For more information on Mr. Wellborn’s activities please visit his website at www.williamwellborn.com

Past Sponsors have included:

The SoCal Chapter of ALS